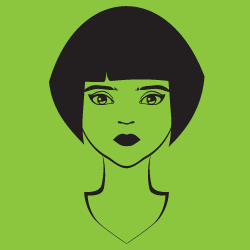 Like many collectors, I treat my collection of ceramic figurines well and hope to pass them onto my children one day. When I was facing a long-distance move for work, I almost refused because I was worried my collectibles wouldn't make it to the new location without breaking! However, I knew what I had to do -- make the move and do my best to keep my collection in good shape. I spent hours researching how to make the move without damaging my collectibles and found a few tips online, but not as many as I had hoped. However, I was able to combine what I had learned with a little good old-fashioned cautiousness and move my collection with no breakage! I created this blog to share my moving tips after I saw that online sources were lacking. I hope you can put my tips to good use!

When you first move into a new home, it's normal to be a bit overwhelmed by all that there is to do. In the mayhem, new residents sometimes forget to do important things—and this leads to all sorts of hassles later on. So, in the midst of unpacking your boxes and finding the perfect places for your favorite chairs, be sure to take the time to complete these other vital tasks.

Look over your belongings.

If your moving company is up to snuff, they should have an insurance plan to re-imburse you if anything becomes damaged during the move. But if you don't notice that scuff on the dining room table or rip in the sofa until weeks after your move, you'll have no way to prove that the movers caused the damage and you probably won't be able to collect from the insurance plan. So, look over all of your things and make note of any damage before you get to absorbed in unpacking and re-arranging.

Take pictures of the place.

When you move out, you will want to have pictures of the state of the home when you moved in. This way, if your landlord tries to charge you for any damage you did not cause, you have photographic evidence that it was that way when you moved in. It's a lot easier to photograph areas effectively when they're unfurnished, so do this before you get too deep into decorating.

Nobody plans on having a pipe burst, but it happens – and it could even happen the first night you move in. Take the time to locate the main valve that shuts off water to the entire house or apartment. This way, if a pipe should burst or spring a leak, you can turn the water off and prevent the flooding from getting too bad.

Put down mats and drop cloths.

This is especially important if you have a lot of people helping you carry items into your new home. You don't want to assume they'll all take their shoes off at the door; this simply isn't feasible when they're carrying multiple loads of boxes. So, before you unload the truck, put a mat (or old tablecloth, old sheet, or old towel) down at the door, and also along any path they must traverse as they carry boxes. This will prevent stains on the carpets and floors.